I'd like to first give my thoughts and feelings about a special young man and the newest edition to the CockyBoys Clan.

It's with great pleasure that we welcome Liam Riley as an exclusive performer. Many of you may already know him.

I first met Liam last year at the Cybersocket Awards in Los Angeles. He and Levi Karter had hit it off right away and were attached at the hip for most of the night. Both RJ & I stood back, watched and smiled as we saw them both flirting with one another. We were shooting behind-the-scenes footage for Meet the MoreCocks and just happened to capture a conversation between the two, where they made a bet with one another: Liam said to Levi, "If you win the award for Best New Porn Star, I'll come visit you in New York." Levi quickly agreed, but what Liam did not know is that just hours before the awards show we were asked to make sure Levi was nearby during the award presentation--a pretty clear sign he had won, and we'd told Levi so he could be prepared. So in true CockyBoys style, Levi made a bet he knew he could not lose. Mind you, I don't think Liam minded losing that bet, and sure enough he kept his word and came to visit Levi a few months later and a great friendship and major crush developed between the pair. And I'm so glad it did.

Soon after, Levi asked me if CockyBoys would be interested in (adopting) signing Liam to an exclusive contract.

At first I was apprehensive, but as soon as I met him it was a no brainier. I love Liam because--like me--he is a boy-crazy hopeless romantic! He believes in LOVE. He sees the best in any situation and always has something positive to say, when being negative would be so easy. Possibility is a way of life for him--not just a hope.

From the start, I have admired his journey into the gay adult space, him having enjoyed a successful and lucrative run as a competitive cheerleader--aka "Cheerleberity". As such, he is driven, ambitious, creative, and so confident in his own skin that he has inspired me to be the same in mine.

Two years ago today, CockyBoys released the first part of the erotic thriller, The Haunting. Now an entirely new ghost story begins. Newly minted exclusive model Liam Riley has just moved to New York and is set to film his first sex scene with Levi Karter--his best friend, boy crush, and roommate. But with Jake Jaxson and company away for the weekend, Levi has been tasked to film the scene himself, just as he did before with the film Meeting Jasper. Equipped with nothing but their phones, the guys film everything that goes on from their initial meetup, to their eventual hookups... but not everything is as it seems.

When Tayte Hanson and Ricky Roman are asked to join (because the boys are afraid to be alone), there's plenty of laughing, flirting, impromptu sex, and... ghost stories. Ricky and Levi recount the story of Ruth, a dead woman they communicated with through a ouija board who used to live on the property, and suddenly the night takes a creepy turn. Mysterious noises are heard, shadows lurk around corners, and then Levi's dog Bella disappears late in the night.

As the first part of a new four-part series, Meeting Liam takes the "found footage" genre to a new level of fear and flirtation. In their unexpected search for Bella, Levi and Liam encounter a barrage of a ghostly sounds and happenings, a party in the basement, a wormhole in the closet, and acorns pitted at them in every direction when they find themselves locked outside with Tayte and Ricky (who are mysteriously naked)! Nothing can prepare Jake Jaxson, in a brief cameo appearance, for what he discovers when he arrives back at the house early the next morning... but luckily he's got the phone footage to explain!

Models Featured in this Scene 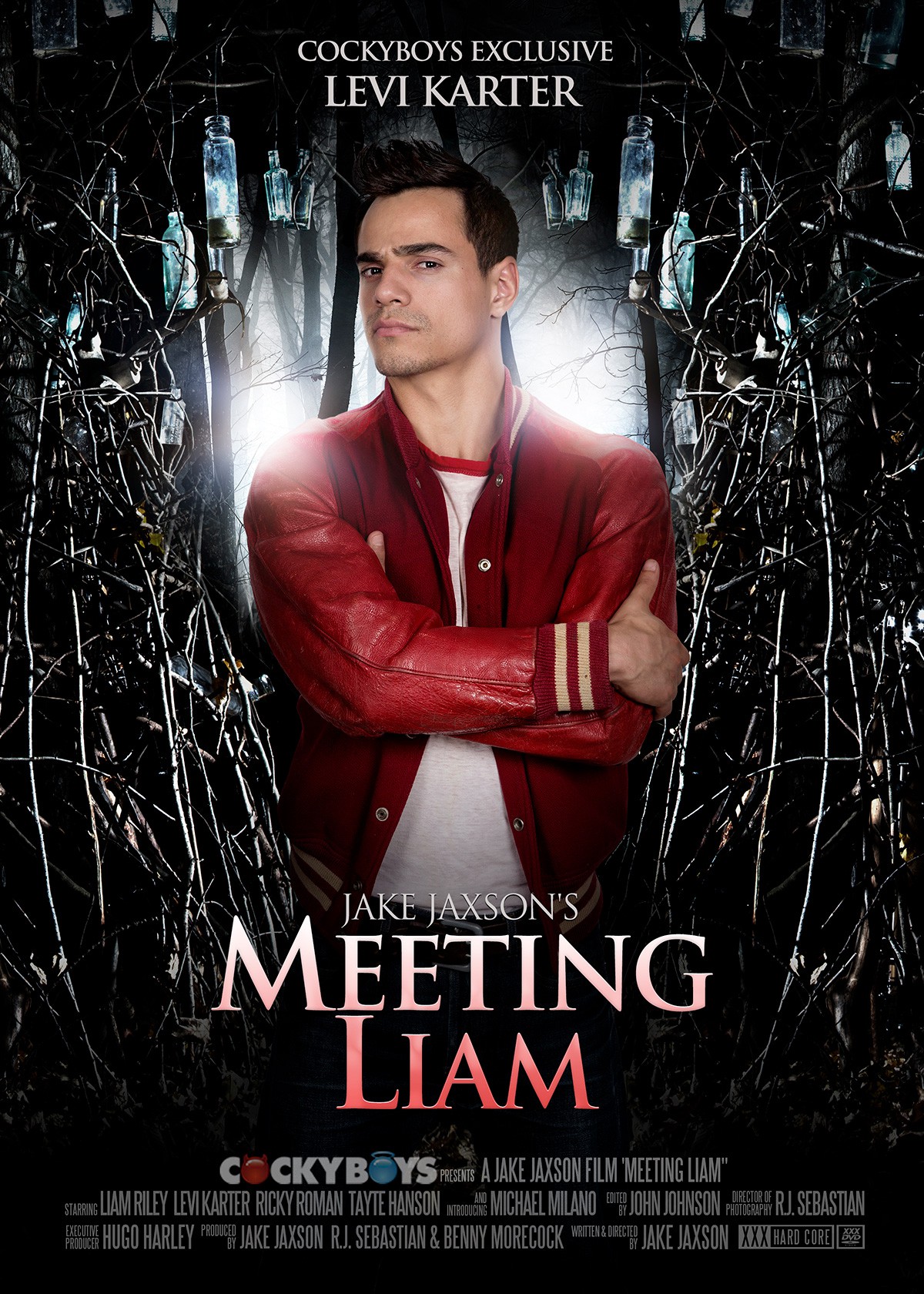 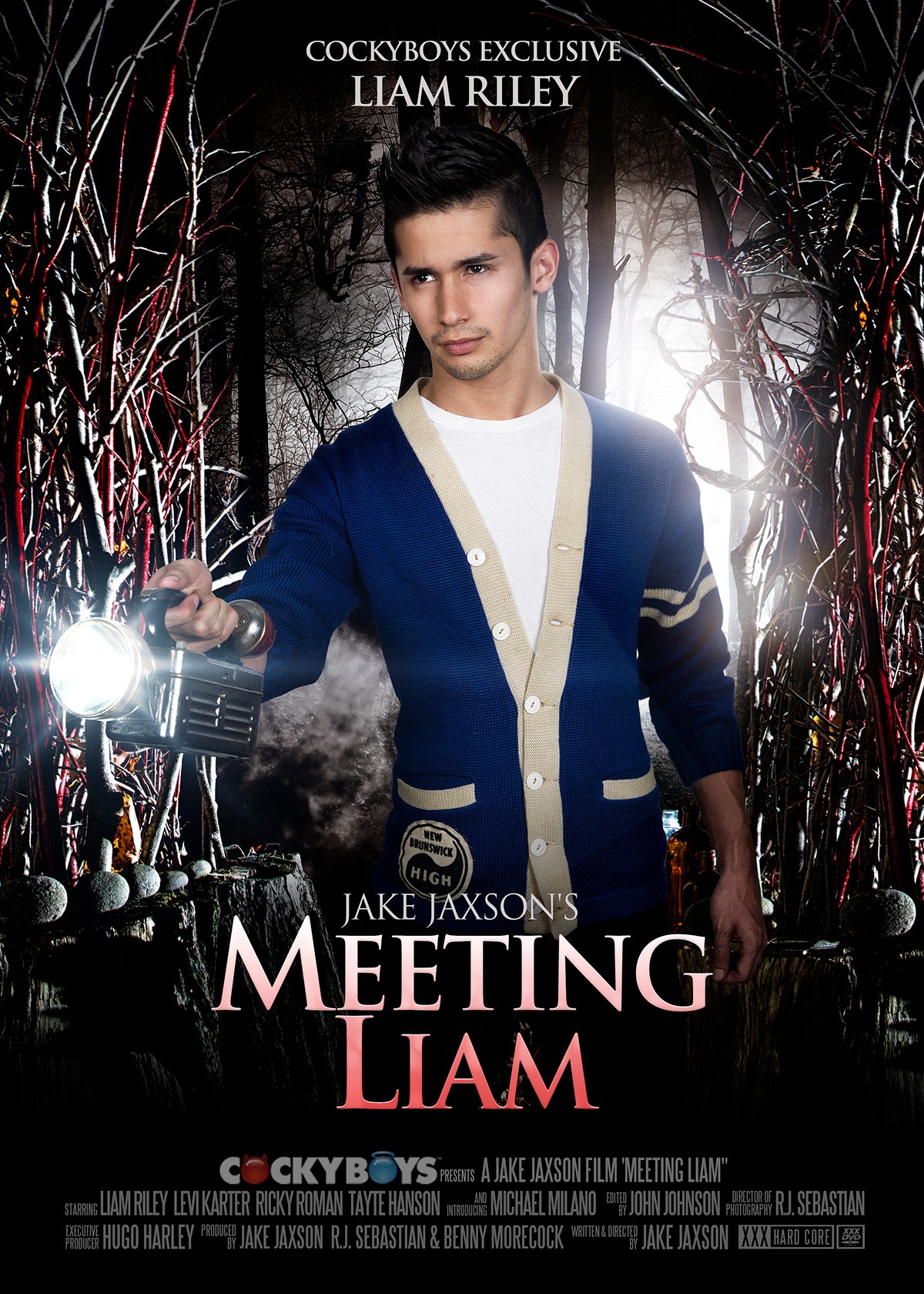 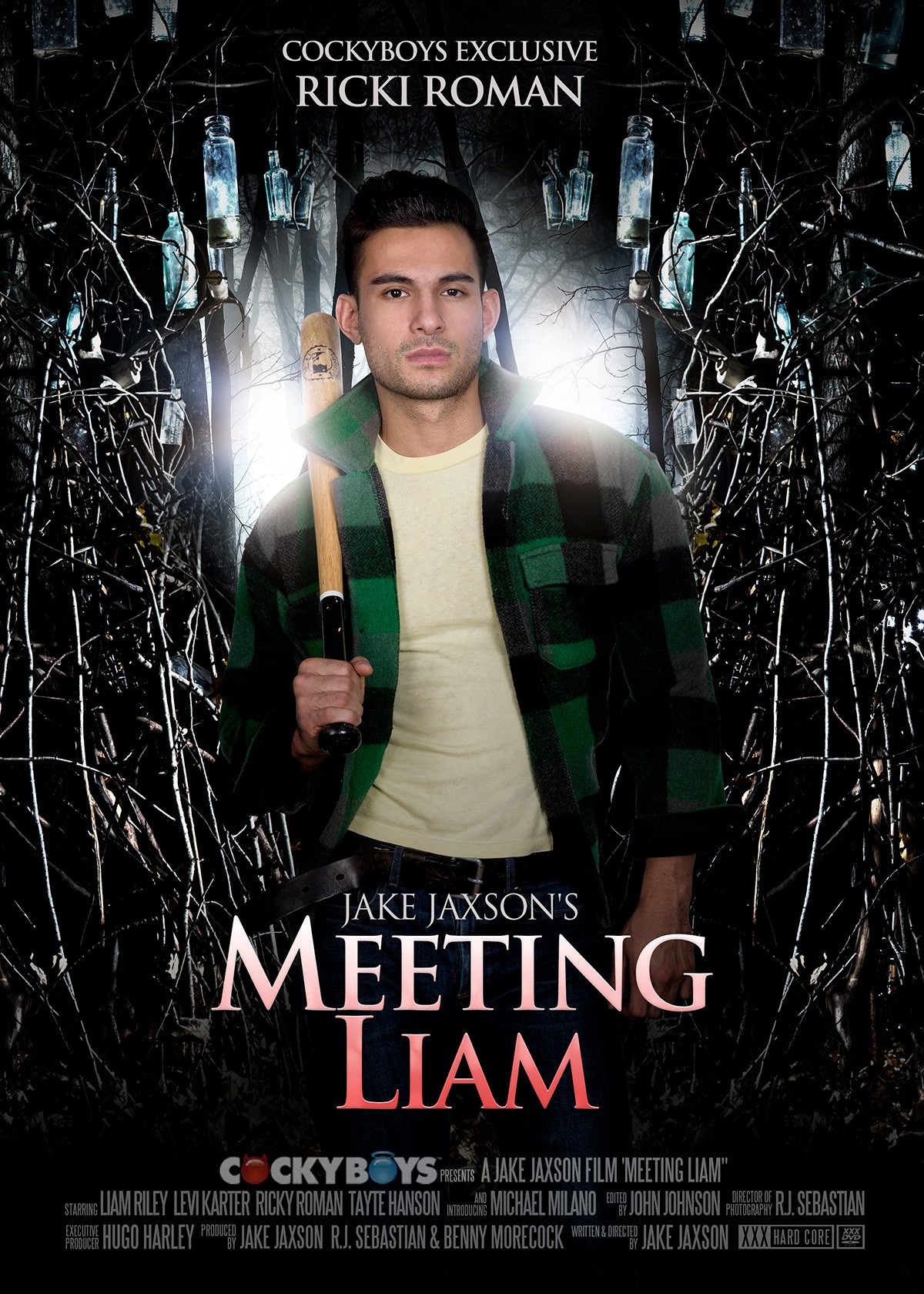 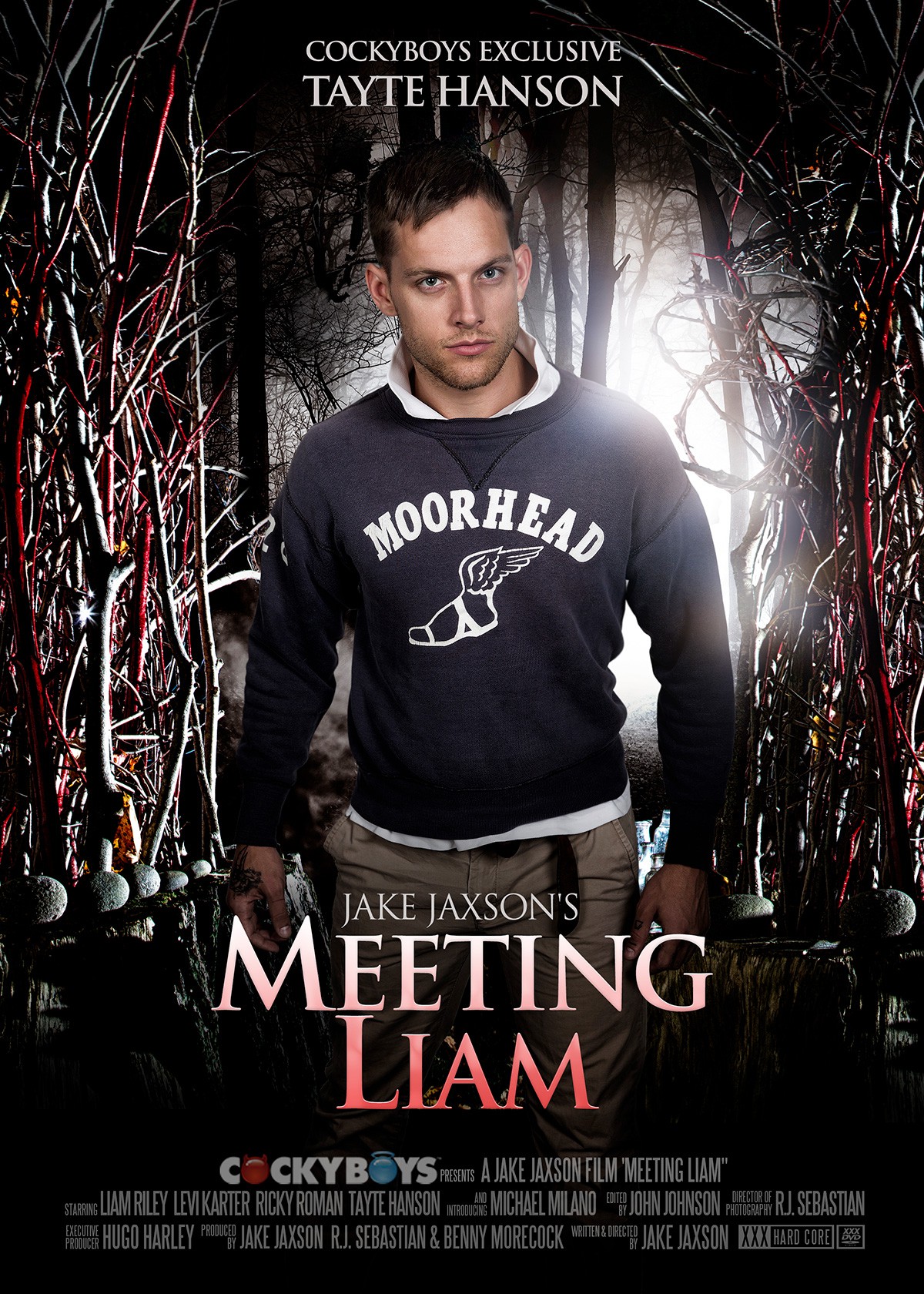 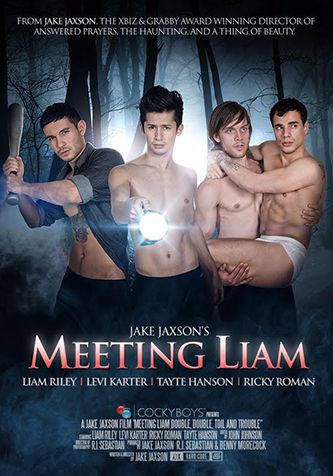 This scene is featured in

Play Meeting Liam: The Making Of 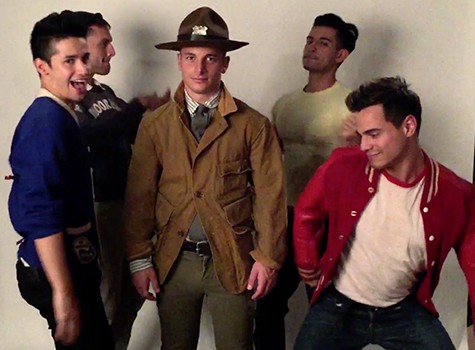 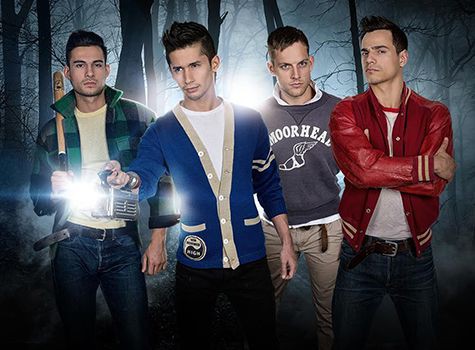 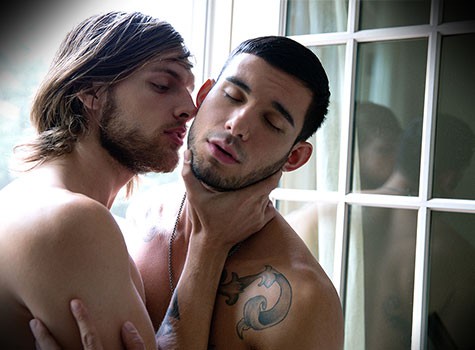 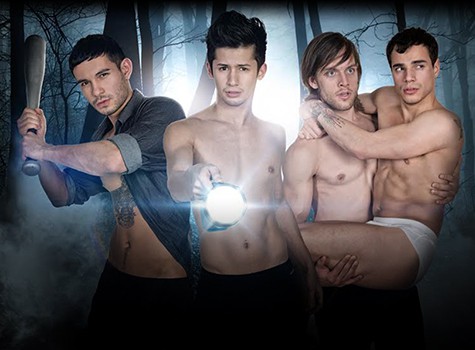 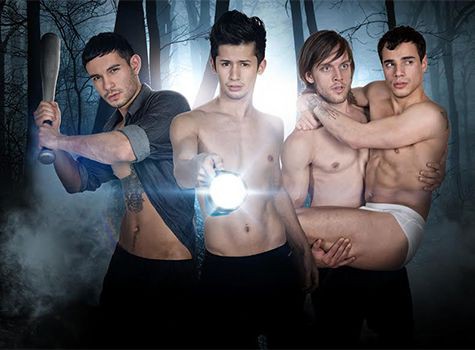 Play Behind the scenes of "Meeting Liam" with Jake Jaxson 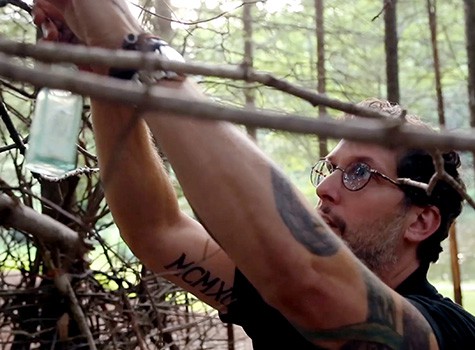 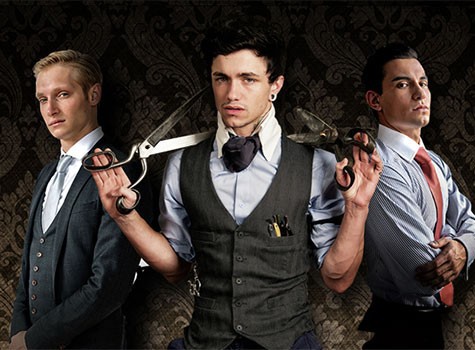 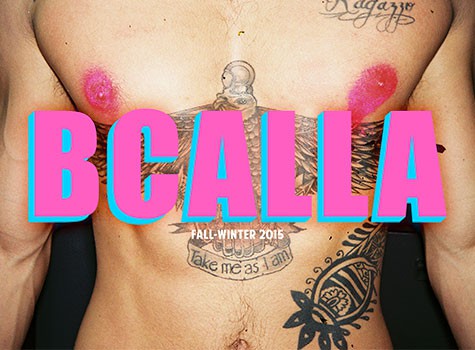